Véronique Michel's work encourages readers to develop a deeper understanding of Chinese culture and language. Such an understanding is important in an increasingly globalized world, and Michel helps to uncover a side of China infrequently seen: that of a creative and innovative spirit.

Excerpt from Asia Today (24k monthly visitors)
"With the largest Internet population in the world, China has a unique online culture. China Online, a new book by translator and multilingual netizen Véronique Michel, offers an exploration into China's rapidly changing society and its flourishing Internet environment, where new expressions emerge every day."

Previous endorsements/publicity
"With the largest Internet population in the world, China has a unique online culture. China Online, a new book by translator and multilingual netizen Véronique Michel, offers an exploration into China's rapidly changing society and its flourishing Internet environment, where new expressions emerge every day." What's on Weibo

"Véronique Michel, author of China Online - a new book that explores Chinese wordplay and Internet culture - expressed her appreciation for the sense of play and humor embodied in netspeak and sayings, but saw them as more than simple fun. "Virtual reality has a stake in real life," she said, "Netspeak shows us what China really is today." Huffington Post YALE UNIVERSITY

"This book is a very interesting, easy, and informative read. China Online can be read by anyone, even people with no knowledge of Mandarin Chinese. She always translates any Chinese that she uses, and transcribes it to Pinyin. I personally learned quite a lot about Chinese culture and the Chinese language by reading this book. At times reading parts of the book was fascinating, while at other times reading parts was hilarious." Mandarin Portal

"Chinese creativity, ingenious communication style and sense of humour are a long tradition. For the native speakers of Chinese language, it is common to play with characters and their spelling. All these homophones, rimes and neologisms are fascinating as they reveal a culture that is open to the world and evolves rapidly. It is not important to be an Expert, what counts is to be curious and question ones' beliefs to initiate oneself to the Chinese mind." - China Hush

"Since the launch of the reforms, a rapid urbanization has been changing the country's landscape as millions of people move to large and mega cities alike, such as Beijing (21 millions), Shanghai (16 million) and Chengdu (14 million). Today, China has a population of over 1.3 billion with 50 percent being urban residents. This evolution, coupled with other factors such as the One Child Policy, an emerging middle class claiming its identity, an aging population, and the introduction of the internet in the 90s, have transformed the society." - China Smack


"With its common sayings, popular wisdom, and wordplay, "China Online" describes a youth culture in transition  using humor and creativity to survive in a hugely competitive environment. There is a great deal that lies under the surface and the ability to look below the surface is a valuable key to facilitate successful communication, Michel says. The book is a fun read for those interested in the modern-day "tribes" on the Internet." - Shanghai Daily

"To paraphrase a blundering local politician quoted in this book, Chinese must be one of the easiest languages to learn  why else would nearly 1.4 billion people speak it? "China Online" is an insight into contemporary China's so-called Netspeak, revealing the ability of the country's 700 million Internet users to coin bizarre neologisms." - Japan Times

"According to Boston Consulting Group, China will count 700 million internet users in 2015. They include not only young and urban individuals, but also seniors and rural residents. The web has become "a staple in Chinese daily life" and a popular digital culture has developed with the Netizens as trend-setters. In order to help you better understand Chinese internet language, I sum up the top 5 things you need to know to understand Chinese Netspeak." - China Whisper

"Using Baidu, China's form of Google, young Chinese web-surfers are creating their own language on the Internet. With this book, you can get an insider's view of the way the new wave of Chinese youth communicates in code." "China Online takes us into the unknown world of 700 million Internet users. In her book, which is both serious and humorous, Veronique Michel sheds new light on the most recent developments in Chinese society and demonstrates the extraordinary adaptability of its bimillenary writing." Women of China

"The Chinese aren't well understood in general, and the Chinese online world even less so. With China Online Veronique Michel lets us access its language and get to know its speakers." Herve Cantal, Chinese Language and Cultural Association, Passeport pour la Chine

"Very accessible, and full of Chinese humor! This captivating book is a methodical exploration of the new language codes of the'ultra-connected' generation The youth in China are the majority and they understand how to situate themselves in the global village" Le Petit Journal, Hong Kong

"I recommend it to everyone who would like to discover what is to me the most interesting facet of contemporary China: the impact of its digitalization and societal levels on its human relationsMichel offers the reader a voyage to the heart of the real contemporary China! This book is the chance for all to discover China 2.0, the China of Generation 2000. It also allows all students of Chinese to discover the richness of this language via the inventiveness of the counterculture's verbal codes. When is Volume 2 coming?" MarketingToChina.com

"This book challenges the obsolete image of China and its people that may come to mind, an image that doesn't correspond at all to the reality; China Online helps us discover the customs of todayAEs Chinese." Linternaute.com

"China Online inventories numerous expressions used on, invented for, and popularized by the users of the Internet. The Weibo Empire (blog of Le Monde) 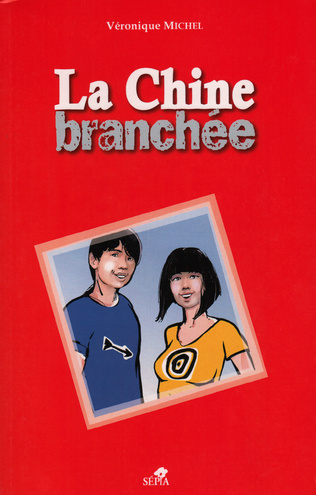 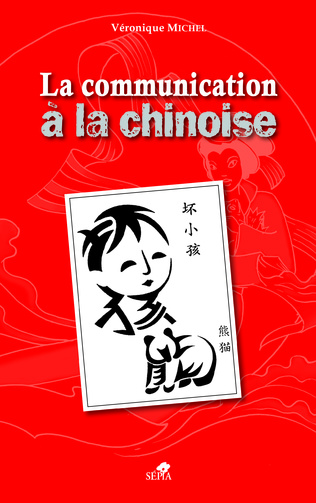